Red pandas are unique, important and endangered.  They are the only species of their kind and are ambassadors for a landscape that supports over 500 million people, nearly 6.5% of the global human population. The red panda is the original panda, discovered some 50 years before the giant panda. The red panda is sometimes referred to as a firefox.

Red pandas are mammals that are rarely seen and found in the mountain forests of Nepal, India, Bhutan, China and Myanmar (Burma). The global red panda population has declined by 50% over the last 20 years and there may be as few as 2,500 remaining in the wild.  The population estimates vary between 10,000 and as few as 2,500.  Red pandas are the only species remaining in their taxonomic family. Saving them is important to the preservation of the world’s natural heritage and global biodiversity.

Rapid human population growth in the Eastern Himalayas is causing deforestation and the degradation and fragmentation of red panda habitat. The red panda’s primary source of nutrition is almost exclusively bamboo. They also will eat grass and fruit and will occasionally eat an egg, insect, or small animal.

Climate change is causing more frequent droughts, snowfalls, and floods, all resulting in shifting vegetation zones in the Himalayas.

Free-roaming dogs and disease are major contributors to red panda mortality. Herders in red panda ranges have dogs that protect their livestock from potential predators. They also kill red pandas. Dogs can spread seven species of gastro-intestinal parasites to red pandas. This is another threat from free-roaming dogs. These threats are compounded by weak law enforcement, political Instability, and low coordination among stakeholders.

Many of the people living in red panda habitat areas are not aware of red pandas or their importance to the Himalayan broadleaf forest ecoregion.

In Nepal, the red panda is a protected species, but their numbers are dwindling as poaching and illegal trade of red pandas and their parts is on the rise and most crimes are not reported.

Red pandas are most active in the early mornings and late afternoons and spend most of their day resting in trees. They are solitary creatures except when they mate.  Female red pandas carry the baby panda approximately 134 days and are born into a nest of twigs and grass.  Newborns are covered in thick gray fur and their eyes and ears are closed.  The baby panda lives in the nest for about three months and then stays with its mother until the next breeding season.  Baby pandas are called cubs.

The red panda is the size of a large domestic cat.  The markings on the red panda’s face help them survive.  The reddish tear tracks extending from their eyes to the corner of their mouth help keep the sun out of their eyes.  The white on their face can guide a mother’s lost cub in the dark.

When it gets really cold, red pandas go into what is called “torpor”. They wrap their tail around themselves and go into a deep sleep, reducing their metabolic demands and lowering both their core temperature and respiration rate. The tail acts like a blanket and pillow.

They are one of the few animals that can climb straight down a tree head first. Red pandas communicate when they feel threatened.  Signs of this include head bobbing, tail arching, and standing up.  They can use their claws as a defense mechanism and also release a foul smell from their scent glands.

Red pandas may live as long as 23 years. They show symptoms of age at around 12 to 14 years old. Some organizations claim the average lifespan at 15 years. 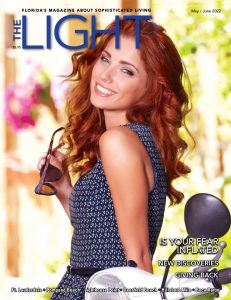